Do You Hide From Your Light? (Fiction But Not Fiction)

“You’re never going to be worth anything, you’re never going to do anything that even remotely matters, so WHY bother with any of it!? Get back down into our SAFE dark hole, the shelter I created where everything is safe. DO NOT come up UNLESS I say its okay. The LIGHT is dangerous!!! Don’t you remember what happened last time you went into the light?! It’s horrible up there!”… 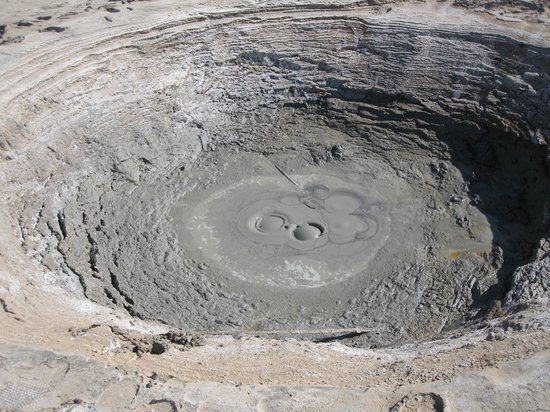 Joe’s inner-child (his soul essence) nodded reluctantly in agreement with his inner-critic. Sometimes he experienced the critic as a manager, sometimes akin to a parental figure, or as extremely loud voices that resembled authority… but Joe always gave into the critic/manager/demon-thingy-monster.

Even if on the outside nothing actually appeared to be wrong, the manager in Joe’s head always seemed so sure of himself… So sure that if Joe would try anything where he could truly live his life, that he would end up hurt. If he dared express how he felt authentically and honestly (living in the light) his worthlessness would seep out of the cracks, and EVERYONE would know how he was nothing. NOTHING!

This is the story Joe ran into every time he tried to do anything meaningful in his life. But he felt determined not to give up. So he kept going….

Joe began working with his inner-child more and trying out new things in his life (or things he’d once done, but long forgotten). He started to share his writing and artwork, and thought maybe this time things would work out. All of Joe’s creativity came straight from his soul essence, but it could only exist when the critic wasn’t breathing down his neck.

Things began going well, and Joe tried putting himself out there into the light. Maybe this time the momentum would carry him forward, if he could simply keep doing things ‘correctly’ (as the manager said – NO MISTAKES). But with each giant leap forward, the moment negative feedback fell upon him or he made a mistake, the inner-critic would come to ‘rescue’ him from the ‘grave danger’.

Every time Joe went back into the critic’s ‘safety zone’ (a far cry from the ‘danger zone’ #kennyloggins) he noticed that as loud as his manager yelled at him – it truly did seem like he was trying to protect him. Joe began to talk to his inner-critic – in a grounded way.

“What if we tried the light again. I don’t remember the last time we were actually hurt out there. I feel like its more of you anticipating danger than myself actually experiencing any. I think its okay to go out – if we’re ever going to truly live we’ll have to go out there mister-manager-monster-guy”.

The inner-critic shrugged. “You can believe what you want, but I know the truth. There’s nothing but chaos out there. If you stay here within the walls of our safety fortress (aka a hole in the ground – quite glamorous) then we will never have anything to fear. How’s that sound?”

Joe’s inner-child spoke up LOUDLY, “Boring. Stupid. Dumb. Let’s go play!!!! Let’s go jump around and smash puddles with our feets. Ohhh let’s jump into the mud, and create a mud slide. I’d like that.”

The inner-critic couldn’t deal with such meaningless garble. “I will not tolerate this. I have to keep you safe, it’s my job!”

“Who gave you that job?” His inner-child asked.

“YOU DID! YOU CREATED ME TO PROTECT YOU!” The inner-critic exclaimed, his big monster eyes glaring at Joe’s inner-child.

“What if you took a vacation? For like a week? And let me try something different? I bet Australia is nice right now, its almost like winter and stuff! I think they have like alpaca there maybe. Or is that Peru? Oh! I do know they have kangaroo pouches and an outback steakhouse! Go on a vacation! I’ll be good at being my own boss, I promise!” 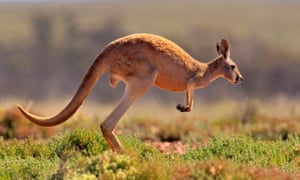 The inner-critic begrudgingly agreed he would take a week off, BUT ONLY ONE WEEK. Joe’s inner-child giggled incessantly at all the fun trouble he could now get into.

Slowly but surely the inner-child began guiding Joe in his life.

“Let’s try this! And that! And ohhhh draw this big circle thingy but then make it curve upside down ! That could be fun !”

Joe felt confused at first, as he felt he ‘should’ behave differently, but the inner-child (his soul) assured him this was part of the process to living in the light.

As Joe started to DO things that once scared him, constantly checking in with his inner-child, magical things started to happen. Ideas began falling into his brain whenever he asked.

His inner-child told him, “Here’s how it works. You sit down and write or draw or go dance – whatever! – and ask to feel FREE guidance. The guidance is always available and always free, no charge (unless we overload your chakras, but the spirits try their best not to do this #electricitypuns)! Then whatever idea or feeling pops into your mind or body, you go and give life to it! Frankenstein’s monster style! Super simple! All the angel people told me! You can’t see them cause they’re a invisible to you right now. I see them though. SO just trust me okay!!! We gots a plan here buckaroo!”

Joe quite enjoyed how ‘outside of the box’ his inner-child began to act without rules or restrictions from the inner-critic. It felt nice to simply let things flow out of him. After a week had passed Joe found he drew 55 new images for a book – in a week! All this while the inner-critic was on leave. Not only that but he’d shared some authentic writing straight from his inner-child and soul essence. The inner-child told Joe to write as if he were writing directly to himself (not for a big audience!) and it would flow out like magic. And it did. Again and again and again.

The inner-critic returned from his trip to Australia – having experienced many kangaroo punches and zero outback steakhouses – and he felt more than ready to return to his regular duties. But Joe instructed the inner-critic he could ride in the back of the car (life metaphor) now – no more shotgun. Joe could indeed drive on his own. His inner-child concurred.

“It’s actually safe out here. We don’t have to live in the ‘safety fort’ you created”.

“WHAT HAVE YOU BEEN DOING WITHOUT ME?!” The inner-critic roared

“Playing. Living. Creating.” Joe stammered. His inner-child sitting proudly on his shoulders playing his head like a drum.

“NO NO NO NO THIS IS NOT ALLOWED. Do you know how dangerous this is?! Don’t you remember the time that”…

“I do. And it’s okay. I’m here now. And I’m going to trust my soul-self to guide me where I need to go. I appreciate you and all that you’ve done for me. Truly. You kept me safe for so many years. I would have never survived my childhood without you. But… You don’t have to drive anymore. The light within me knows the way. It keeps showing me so many amazing things – look at the things I’ve created in your absence.”

The inner-critic went to view all of Joe’s art and posts, shaking his head profusely. “This is going to get us killed. I can’t believe you would do this! People can see these?!?!?!”

“Not yet. And maybe never. I’ll choose what I share and don’t share. It’s my choice, it always has been. I just forgot I can allow my soul essence to guide me. I am the director of my life. I choose.”

“You. NEED. Me.” The inner-critic stammered.

“It’s okay. I won’t ‘destroy’ you. But I’m not going to let you run the show this way any more. In fact, I have a new role for you. We’ll call this role ‘boundary-setter’.”

“You’re going to keep me safe in a different way. You have a part to play in my life, but it wasn’t to restrict my creative flow. It was to let me know when someone’s taking too much from me, or I’m not caring for myself enough. Oh and you don’t have to yell anymore. But I will let you say one thing when I’m out of balance or someone’s taking advantage of me.”